Dog bites and attacks can be devastating. They can disfigure, damage nerves and tissues, cause infections, and kill. Any dog can bite under the right circumstances, and some dogs are more likely to bite than others. At Estey & Bomberger, LLP, we don’t pursue claims against dogs that don’t understand their actions. We pursue claims against negligent owners who fail to adhere to local laws or provide reasonable precautions against animal attacks.

The Realities of Dog Bites in Riverside and Surrounding Areas

In July 2017 near Riverside, a pit bull bit a neighbor and then an 8-year-old boy in the same month, causing serious puncture wounds in both cases. In May, a mixed breed bit a 3-year-old in Hemet. In February in Los Angeles, two pit bulls attacked a 76-year-old man, who later died from his injuries.

Data from dogsbite.org indicates California had the highest rate of dog bite fatalities in 2016. Not all bites result in fatalities. Some bites go unreported, while others send victims to the hospital where they must endure painful surgeries and rounds of antibiotics to treat infection risks. According to the Centers for Disease Control and Prevention (CDC), 4.5 million dog bites happen annually in the U.S.

An attack from a dog can happen to you or a family member even if you take precautions, even if you don’t own pets, and even if you live in an area that enforces leash laws. After a bite, you have the right to hold the owner accountable.

Why Do Dog Bites Happen?

Most dogs are not inherently vicious. They bite because they are afraid, anxious, following an instinctive prey drive, or vying for dominance in a perceived pack. Little dogs bite at the same rate as larger dogs, but they inflect far less damage when they do so.

Bites can happen when children and adults provoke dogs or make them feel uncomfortable. They can also happen unprovoked when dogs run wild in packs and when dogs with histories of aggression run unrestrained. Without training, socialization, and limits, any dog can become unpredictable and potentially dangerous. 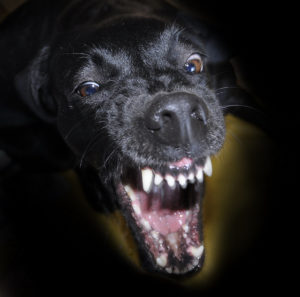 While certain breeds receive more negative press than others, a certain breed does not automatically imply danger. The term “pit bull,” does not include one breed but several including the Staffordshire bull terrier, pit mixes, and the American pit bull terrier. American pit bull terriers once held a reputation as nanny dogs, because they were so careful and trustworthy around children. Other so-called “pit bulls” are not trustworthy or gentle. Without careful ownership and training, they can present a risk to their owners and others. Given the correlation of bites with certain breeds, however, everyone should use caution when encountering an unfamiliar pit bull, Rottweiler, German shepherd, or other powerful breed. When large, strong dogs bite, they can cause serious injuries.

What to Do After a Dog Attack

After being bit by a canine, seek medical attention immediately. You may need antibiotics to fight off a potential infection. Preserve as much evidence of the attack as possible, and write down what you remember. Call the Riverside County Department of Animal Services to report the bite and let animal control specialists know about any dangerous dogs on the loose.

When you can, contact our attorneys to learn more about canine bite claims, local laws, and your rights. The earlier you reach out to us, the faster we can start working on a case for compensation.

At Estey & Bomberger, LLP, our firm understands the sometimes-sensitive nature of dog bites. You can count on our compassionate attorneys to protect your rights, hold negligent owners accountable, and help you recover after a serious dog bite incident. When you choose to take action, you may also prevent others from experiencing bites from a dangerous animal in the future.

We serve all of Riverside County and throughout the Inland Empire. Reach out to our team at (951) 543-9020 for a free consultation today!

"I was extremely pleased with the service I received from Estey Bomberger. Their entire staff is very knowledgeable and worked very hard for me to win my case. Stephen and his staff always kept me updated on the status of my case and responded to my questions immediately. I would recommend this law firm, and have, to anyone."
Laura S.

Reviews from Around the Web